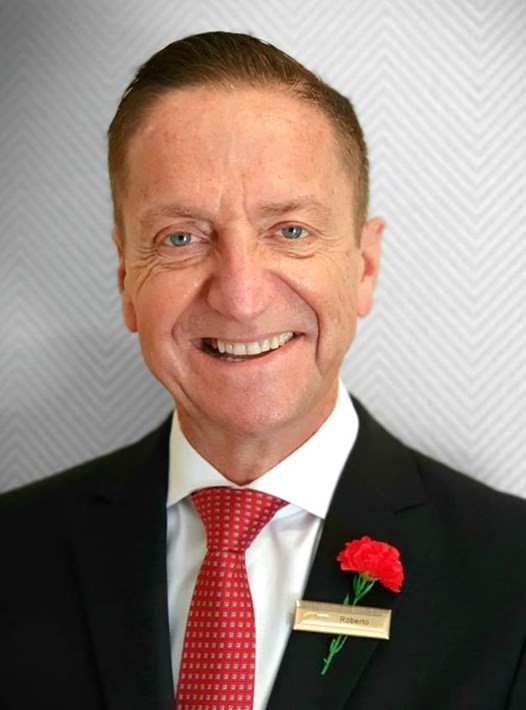 Italian born Roberto Rosa is the Oyster Box hotel’s new general manager.  Having taken up his position in May 2021, he brings over 30 years of extensive five-star hotel and hospitality experience to his new role and says ‘he is thoroughly enjoying being at the helm of one of South Africa’s most iconic and recognised hotels’.

“Working at The Oyster Box is an inspiration! From the attention to detail, delicious cuisine, fantastic location and high-quality service, it’s easy to see why it’s the luxury destination of choice for thousands of people who have stayed over the past 65 years,” Rosa says.

Beyond the hotel, Roberto loves that uMhlanga combines a top-notch tourist destination featuring beaches, hotels and restaurants with a beautiful nature reserve.

“The uMhlanga Lagoon Nature Reserve is home to fantastic wildlife such as blue duiker, crowned eagle, the KwaZulu-Natal dwarf chameleon and the endangered spotted ground thrush. Then we have the award-winning Whalebone Pier voted by CCN as world’s most beautiful as it combines beauty and purpose.”

“These gems really add to the overall uMhlanga experience!” he adds