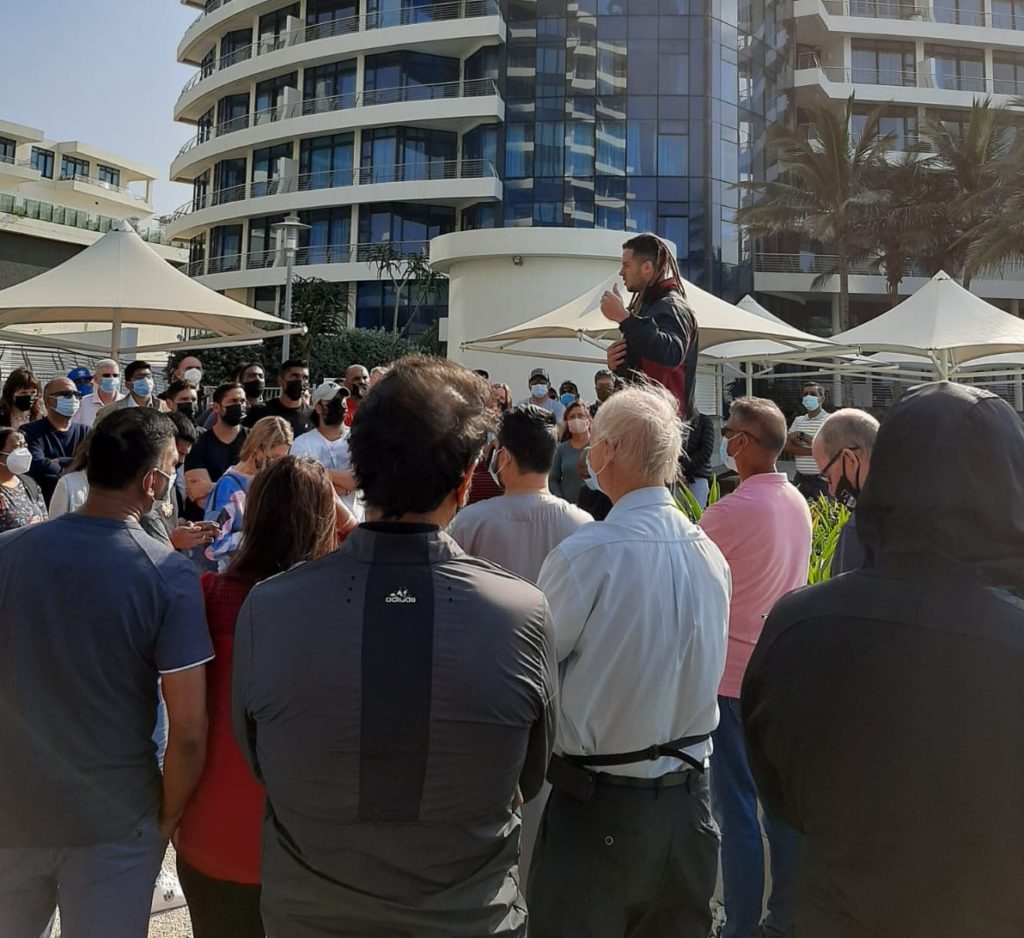 Many areas of KZN including some parts of Gauteng were severely affected by last week’s unrest, looting, and violence. In the aftermath, it has been truly inspiring to see communities quickly rally together to protect, clean up, assist with supplies to affected areas, lift spirits and help rebuild KZN.

We were very well organised throughout last week and are pleased to report no damage to property or any other aspect of our community besides the chemical spill that’s come through the Ohlanga lagoon and the subsequent beach closures. The restaurant industry wasn’t operating near its full capacity already because of current COVID-19 regulations.

Thanks to the uMhlanga Sands Resort and the Capital Pearls Hotel who provided rooms we were able to retain many of our staff in the precinct which enabled us to continue with on-ground services and effectively secure the area. We sustained no damage or mess and our staff were very active ensuring a high standard of cleanliness. The chemical spill issue is being addressed by the city. On the communications front, in addition to our usual platforms, we had three active social media groups organising security checkpoints, a feeding programme, and a group for disseminating useful information to the public.

From day one the response from the community, CPFs, SAPS, Metro, and Marshall Security was unbelievable. We had rostered checkpoints and a feeding program set up through the UIP office that produced thousands of meals for hundreds of people from the CBD to Sibaya with the support of the uMhlanga community. Some restaurants within the precinct also contributed massively towards this drive. Communication channels were open throughout the Durban North policing precinct which assisted a great deal in keeping the area secure.

As of 17 July the precinct was operating normally for staff, residents, and businesses. uMhlanga continues to be a world-class precinct and we thank all those involved who helped to keep the area safe and the wheels turning.

While nobody could have predicted the devastation that occurred, the coming together of communities across the province has demonstrated how strong we are and what a powerful force we present when we stand together. Despite the losses suffered there is no doubt the only future before us is one that is better than the one we had before.